The Czech capital faces new challenges. How to approach the public space development issue in a sustainable manner, which will bring an improved comfort and new services to its inhabitants? How to respond to the growing number of the capital’s population and thus to greater demands on the city infrastructure?

The Smart Prague 2030 concept can answer some of these questions. The concept is based on the use of the latest technologies for transforming the capital to a better living space. The strategy of the city is ambitious - it fundamentally and structurally changes the city by the means of time-proven innovative technologies.

The Smart Prague concept (The concept of Smart Prague to download (.pdf)) is based on the worldwide known Smart Cities concept. It was founded based on long-term priorities of the city, particularly defined by the Strategic Plan and by monitoring the world trends in the area of technological development. Six key areas, where the introduction of modern technologies will have the greatest positive impact on the life of the Prague inhabitants, have been defined: Mobility of the Future, Smart Buildings and Energies, Waste-free City, Attractive Tourism, People and the City Environment and the Data area. The Data area forms the heart of the entire concept. It will ensure the overall interconnection of all projects. The data platform, which will be built, will cover the entire city and will allow to assess and interpret municipal data as a whole for the first time in the city history. It will be used by the city management, companies and the public. Such work with the data can, for example, predict free parking spots in real time, thus contributing to the solution of one of the tricky problems in Prague. Several technological innovations are being introduced in the city in a trial operation, which will test the given technologies. Their future expansion is subject to the assessment of their benefits. We will thus reduce the risk of wasted investments into new technologies implemented on a large scale.

Operator ICT plays the manager role in coordinating the fulfilment of the concept. Nevertheless, the city authorities decide about the actual project implementations. The authorities are particularly advised by the Council Committee of the Capital of Prague for the development of the Smart Cities concept in Prague and, when applicable, the Smart Cities Committee at the Prague City Hall. The key factor for the success of the Smart Prague concept is the involvement of individual municipal companies and municipal authorities. When addressing the projects, Operator ICT cooperates with the Technical Administration of Roadways of the Capital of Prague, the Prague Institute of Planning and Development, Prague Public Transit Co. and several other Prague entities. The objective is to interconnect all activities that support the Smart Prague concept to a maximal extent. Cooperation with the academic sector is similarly important for maintaining high quality and expertise of the modernization of the city space. Intensive consulting with the Technical University in Prague, Charles University and other academic institutions is also taking place. Nevertheless, the Smart Prague project is mainly being implemented for the Prague inhabitants, and that is why we communicate with professional as well as lay public. Utilizing the “I Have an Idea” campaign, we gather ideas about how the streets of Prague should look like and we strive to put them in life.

Mobility of the Future

Transport in Prague will be smoother and more comfortable due to intelligent driving, smart parking and paying. Car sharing will help to reduce the number of vehicles in the city and self-driving systems will increase road safety.

Energy will be cheaper due to clean and independent sources and the city will even run during blackouts. Smart buildings will handle energy more efficiently and will automatically care for a healthy environment.

A modern city processes and uses its municipal waste, including waste water and rainwater. The tidiness of the city will be ensured through the optimization of waste collection based on current data in real-time.

Modern technologies will offer tourists the opportunity to visit attractions across Prague, and a universal tourist card will make travelling around Prague and entering the main attractions much easier.

People and the Urban Environment

Due to a single, transparent and safe communication network, data about the city´s operations can be used to help the city develop and to increase the comfort of living in it.

We are looking for smart ideas

The detection of motion, light, smoke or temperature changes - this is just a fraction of the data that can be captured by technologies and acted upon.

Access to data in real-time enables an earlier response to be coordinated to a current situation, or before it actually happens.

It´s not just us. With the permission of Prague City, we are currently actively cooperating with Charles University and the Czech Technical University in Prague. Academics help us to evaluate the projects and create groups of qualified workers.

We work on the data platform together with the Prague Institute of Planning and Development and we participate in organizing events where interesting ideas are generated e.g. Prague hackathons.

To encourage public engagement, we ask for your ideas, too. Do you know how to make Prague a better place to live? Contact us via the web form, or via Facebook or Twitter.

We bring together specialists from the private, public and academic sectors to participate in selected projects. 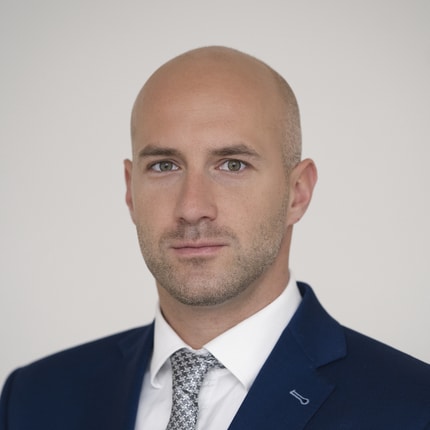 Join us in making Prague a better city.

Michal Fišer, Chairman of the Board of Directors and the General Director of Operátor ICT, a.s.

Smart Prague represents projects that are planned and implemented by the Capital of Prague within the frame of the Smart Cities concept. Its objective is to introduce smart technologies by the end of 2030, thus contributing to a more pleasant life in this fast-developing and prospering city. Terms like efficiency, economy, speed, sharing or consideration mutually interconnect individual projects. Each of these terms is based on a big volume of data, which are directly related to the quality and speed of their distribution. Some of the key Smart Prague projects include the Data Platform and Prague Virtualization.

These projects will, apart from other things, ensure the transmission, processing and practical utilization of the data for the management of the capital. Yet another priority project is the so-called Regional Transportation System that will allow for a comfort and modern processing of the mass public transportation of passengers in Prague and in the Central Bohemian Region. Companies as well as individuals can submit their ideas about how to make Prague a smarter city via the www.smartprague.eu website.