A smart cycle path Under the Vítkov Hill 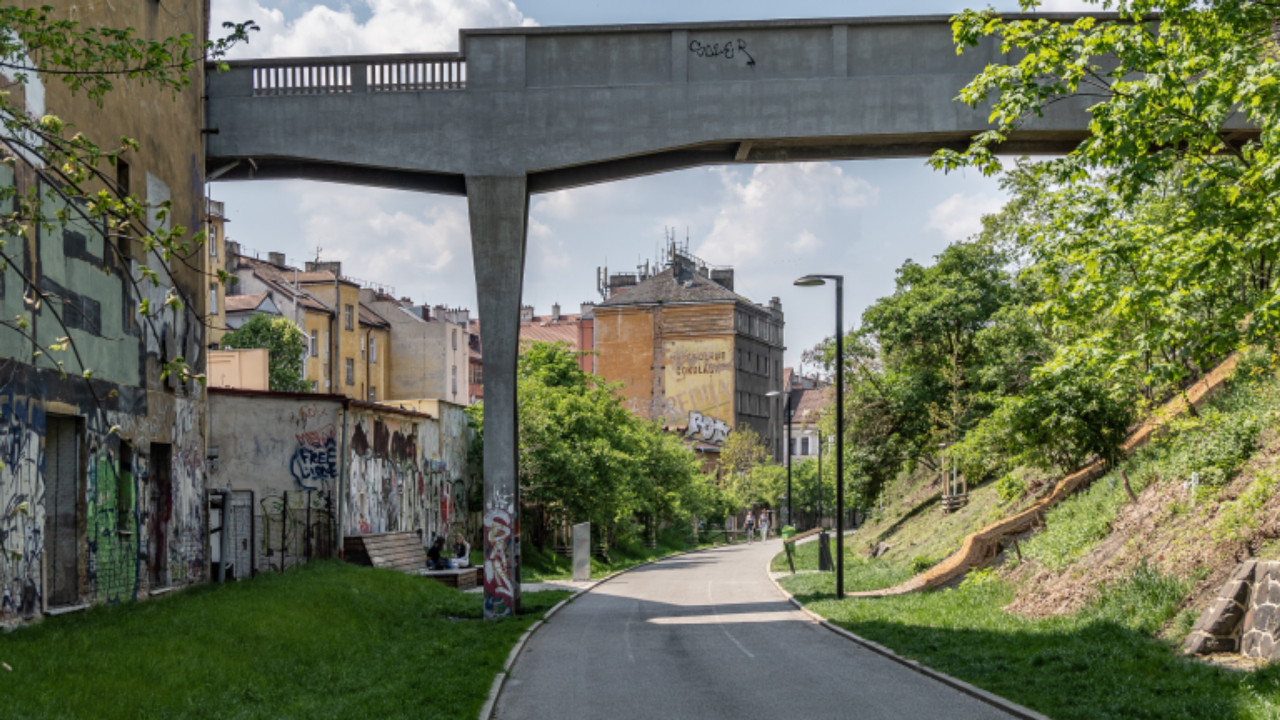 The Prague 3 district implemented the Smart Cycle Path project under Vítkov. It was co-financed from the Smart City reserve of the capital city of Prague as part of the Smart Prague program for 2017 and the OICT Smart Prague team participated in it.

The area affected by the upgrade of the cycle path and its surroundings starts at the viaduct over Husitská Street and continues along the foot of Vítkov Hill to the mouth of the Vítkovský Tunnel. The users of the cycle path and the officers monitoring the streets are very positive about the installation of the cameras, which are integrated into the city's CCTV system. Thanks to the cameras, the traffic on the cycle path is monitored, which of course has a great impact on safety. Pedestrians, cyclists, in-line skaters thus have a greater sense of security, and in the event that the cameras record an accident, the dispatcher will send timely help to the scene.

The cycle path can be used safely even after dark, thanks to the new public lighting with energy-saving LED light sources and the function of changing the intensity of lighting. The so-called dimming mode is sensitive to the surroundings as it does not create unnecessary light smog.

The overall landscaping around the cycle path has made the whole area more attractive, increased safety, created two new children's playgrounds, a number of rest areas and decks. At selected locations, there are signs with QR codes, so-called beacons, which can be used to obtain more information about the objects and the history of the cycle path.

Revitalization of the bike path beneath Vítkov