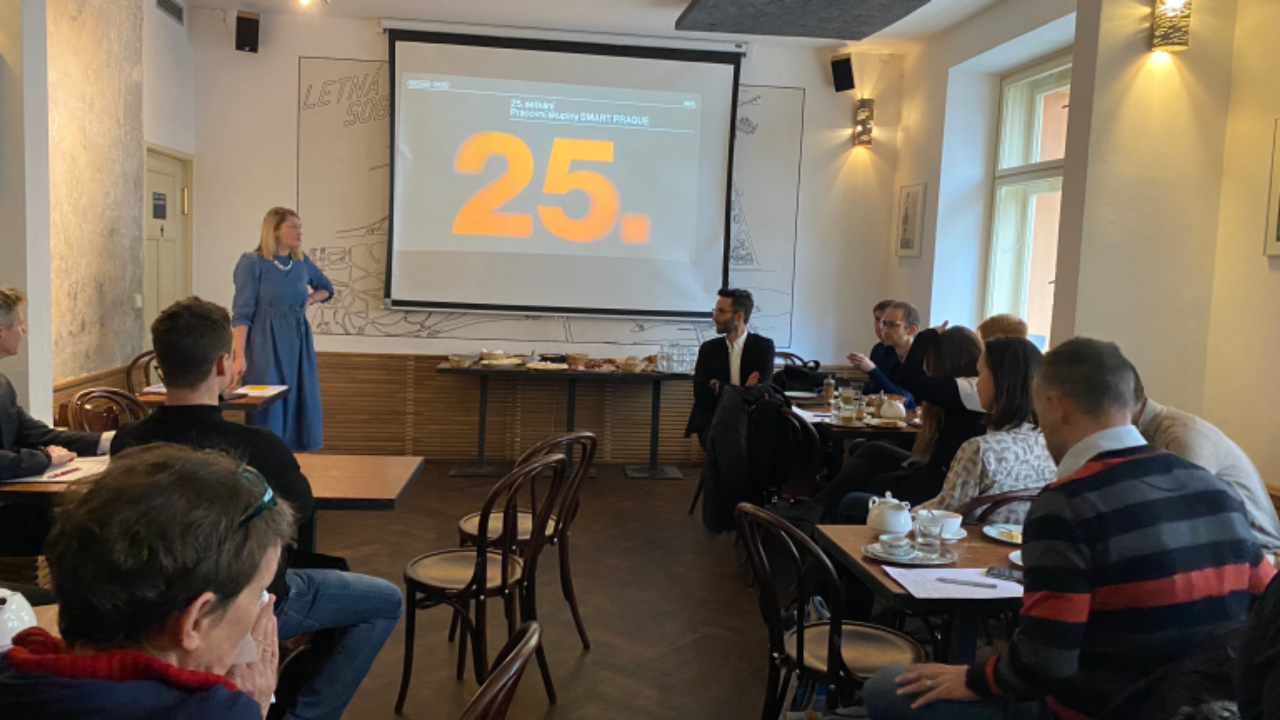 The meeting of the Smart Prague Work Group took place on Wednesday, 7th December 2022 on the premises of Café Lajka in Letná. It was attended by teams from OICT Smart Prague and the Golemio data platform, as well as representatives from Prague's municipal companies and the Prague City Hall, to exchange experiences gained during this year's networking and to exchange information.

Representatives of the OICT Smart Prague team presented the latest innovations in Smart Prague projects, announced the start of preparations for the next edition of the Innovation Marathon, the Nakopni Prahu competition and, of course, reviewed the year 2022. Furthermore, they presented the current challenges (e.g. Horizon Europe in 2023) within the framework of international projects, in which city companies could participate in the next year. The OICT Golemio data platform team presented the new Local Open Data Catalogue to the work group. Representatives of city organisations and municipalities that have been involved in Smart City projects for a long time provided an overview of current topics in their areas.

We would like to thank all members of the Smart Prague Work Group for their large participation and we look forward to the upcoming meetings to be held in 2023.