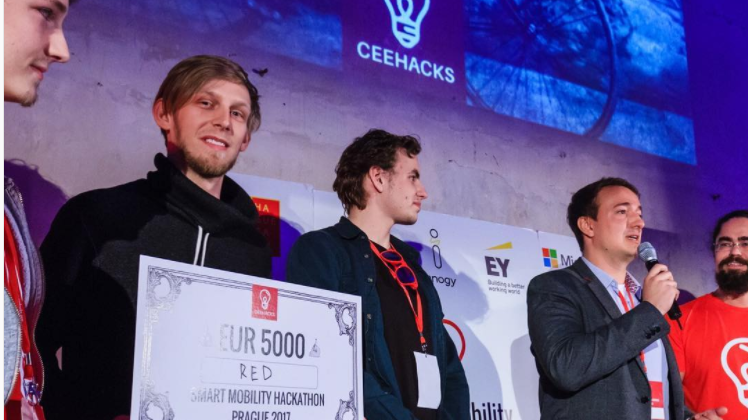 Twenty, three-member teams from 13 countries joined a special programming marathon during the last weekend in March. The aim was to come up with a means of transport for the future that could free the city of harmful emissions, traffic jams and stress for drivers. The winning team from ČVUT Prague (Czech Technical University in Prague) came up with the idea of an intelligent system that could speed up the operations of the metro.

The municipal enterprise, Operátor ICT, supported the whole event and prepared transport data for Prague garnered from transport systems, satellite information, taxi drivers, timetables, and noise and pollution levels from sensors deployed throughout the city. It has taken the winning idea and is now, in conjunction with other municipal enterprises, working on a feasibility study and developing a viable project plan. The idea generators will also be involved in the project´s development and implementation.

Programming marathons (hackathons) are a new and modern way of quickly developing products and services. What used to take months to prepare, can now be accomplished in just a few days. People from different countries and backgrounds would otherwise not meet if they did not participate in a hackathon. It is for this reason that completely new things and projects may arise.