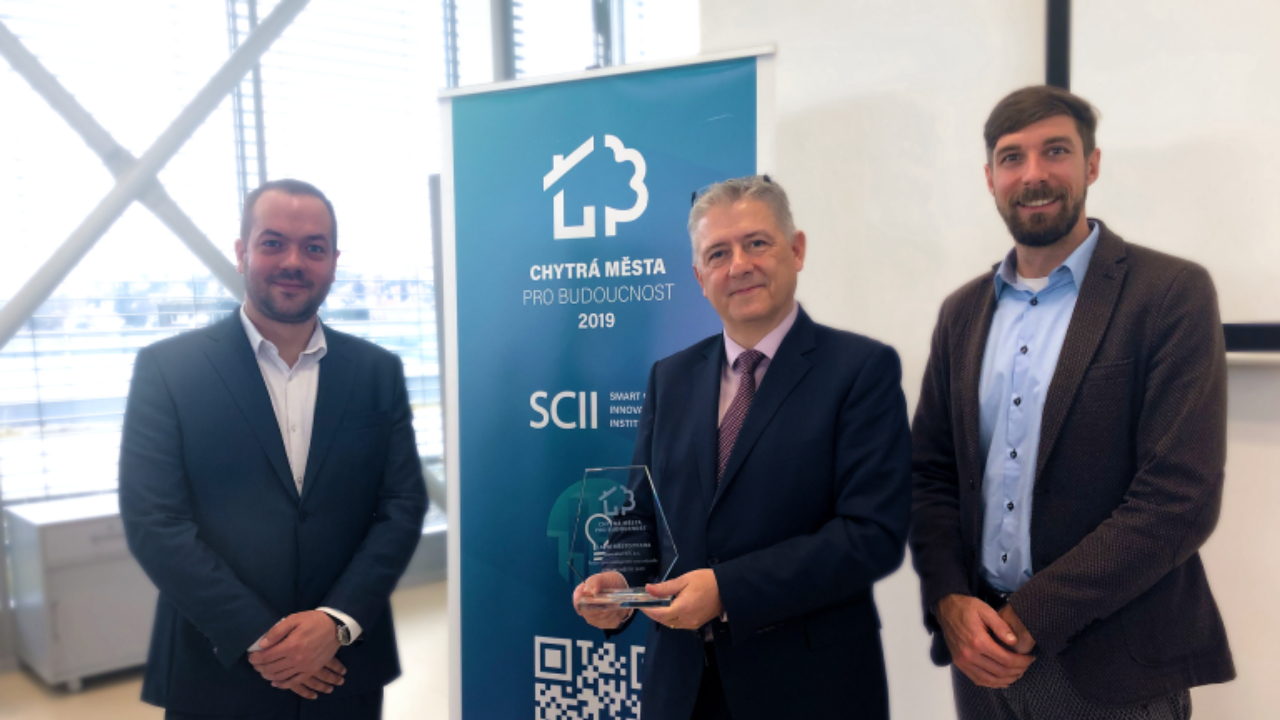 Prague, 13 December 2019 – The city of Prague has won the third edition of the national competition Smart Cities for the Future in the category The 2019 Smart City With More Than 200,000 Inhabitants. The winning Smart Waste Collection project caught the attention of the panel of experts mainly thanks to the use of the most modern technologies in the area of city waste management.

The main aim of the competition, which is not designed just for cities but also for municipalities and regions, is the promotion of specific projects and long-term strategies of nationwide Smart City models.

“The recognition of our project in The 2019 Smart City With More Than 200,000 Inhabitants category of this year’s competition confirms that Prague is a respected leader in the area of implementation and testing of innovative solutions in the city environment. The Smart Waste Collection project, which is based on the concept of Smart Prague 2030, will enable the city to plan waste collection in a more effective way and will contribute to the fulfilment of climate commitments of the capital city,” said Michal Fišer, the General Manager of the municipal company Operátor ICT, a.s., that is responsible for testing and implementation of intelligent technologies in Prague.

The main aim of the award-winning pilot project was to build and test a tool that will enable on-line surveillance of the state of fullness of selected waste containers for sorted waste (paper, plastic, clear glass, stained glass, beverage cartons, and metal packages). In the Czech metropolis, there has been a total of 464 sensors installed into containers with a bottom dump, from which 424 were for measuring the fullness and 40 sensors were for the detection of shaft blockage of underground containers. The sensors send data regarding the current level of waste in the container at regular intervals six times a day to the Golemio data platform of the capital city. In the case of 20 underground containers for paper and 20 underground containers for plastic, the detection of a shaft blockage is tested thanks to another sensor. In the future that should prevent a situation where due to a blockage waste is accumulated at a container that is not full.

“Our expectation is that this technology will provide the city with new and useful information regarding the yield of containers and will therefore refine and qualify decision making regarding the direction of spending in the area of investing in the frequency of waste collection. We also hope that the innovative system of digital waste management that uses smart technologies and elements from the area of the Internet of Things will in the future help the Prague residents to end their trouble with overfull containers. Inhabitants of the capital city can already track the current state of fullness of the containers that have intelligent sensors in the Moje Praha app,” says Ondřej Šárovec, the Project Manager of Smart Prague, about the Smart Waste Collection project.

The award ceremony was held today in the premises of the Czech Technical University in Prague at the Czech Institute of Informatics, Robotics and Cybernetics (CIIRC). It has been fostered by the Ministry of Regional Development, Association of Regions of the Czech Republic and the Association of Cities and Municipalities.