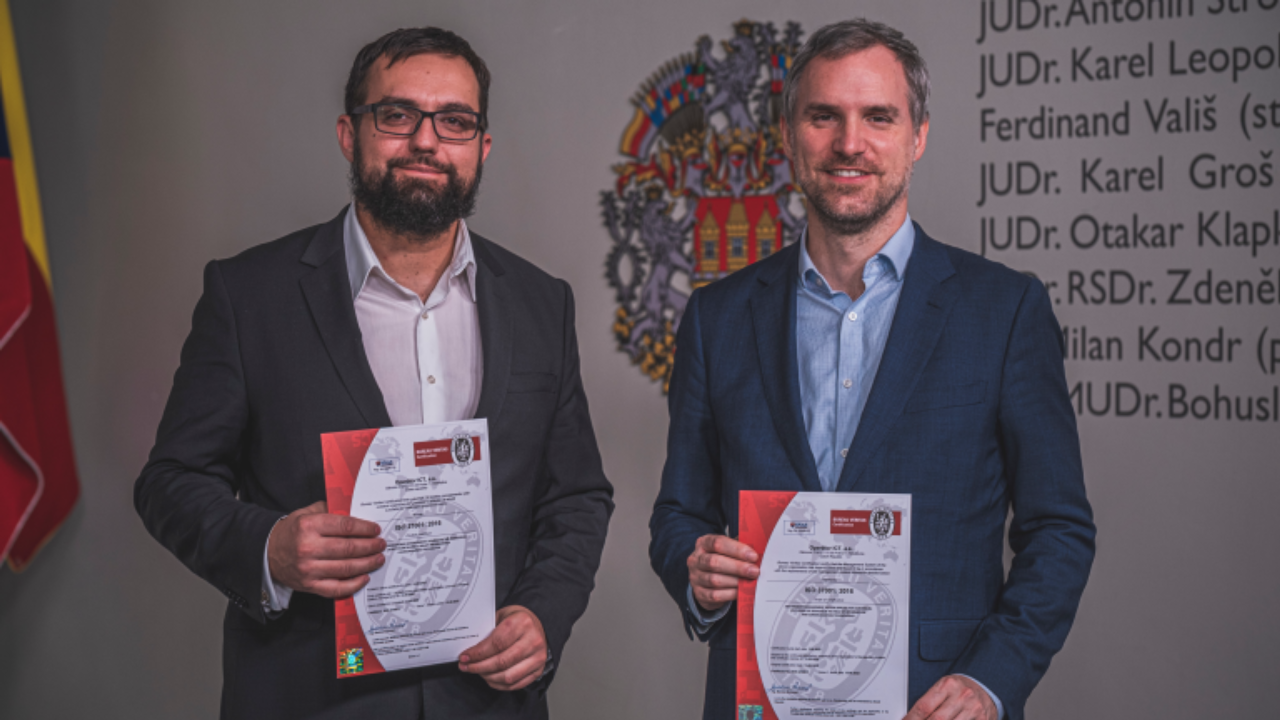 Can a city company be transparent? The Prague-based company Operátor ICT (OICT), whose sole shareholder is the City of Prague, is leading by example. Over a period of four years, this city company has introduced many open management and corruption prevention tools and has thus become the most transparent municipal company. This was crowned by obtaining ISO 37001 certification (Anti-bribery management systems - ABMS).

"In four years, the ICT Operátor has become a showcase for transparent management. This municipal company has adopted many principles that lead to the economic management of public funds in accordance with the public interest. I would like to see similar rules being implemented in other municipal companies in the future. I see no reason why this should not be the case, since they work without any problems in the ICT Operátor," says Zdeněk Hřib, Mayor of the capital city of Prague.

Overall, the following transparency tools have been introduced in the OICT in recent years:

1.       Implementation of ISO 37001 - Anti-Corruption Management System. OICT was one of the first municipal and state-owned companies to obtain certification for an anti-corruption management system.

2.       Open tenders for small-scale public contracts with a value of over 500,000 CZK excluding VAT, beyond the scope of legal obligations. Anyone who meets the relevant conditions can thus bid for small-scale contracts.  The OICT publishes information on this type of public procurement on its contracting authority profile: zakazky.Operátorict.cz.

3.       Publication of the list of received invoices. Anyone can see what the OICT spends money on.

4.       Introduce an ethics hotline for reporting potential illegal behaviour in the OICT.

6.       Publication of data on awarded public contracts in the form of a simple interactive overview within the OICT Golemio data platform and also as an opendata. Anyone can easily search for awarded contracts, for example, by type of procurement procedure, or choose their own filtering, for example, an overview of public contracts by the number of bids received and the suppliers who have applied for the procurement procedure.

7.       Public remuneration policy for the management and supervisory boards. Anyone can see the rules according to which members of the company's bodies are remunerated on the website.

8.       Public contracts for the performance of the functions of the Executive Board and Supervisory Board.

9.       Public minutes of the Supervisory Board meetings.

10.   Public reports on the activities of the Management Board.

"The ICT Operátor shows that where there is a will for transparency, there is a way, even for publicly owned companies. I do not know of any other municipal company in the Czech Republic that publishes a list of received invoices and awarded contracts with such detailed information, or that provides such detailed information on the remuneration of board members," says Adam Zábranský, councillor for transparency.

"Transparency is one of OICT's core values, so it is absolutely crucial for us to provide information, especially in the area of public procurement and finance, and to apply anti-corruption procedures. We believe that the public has a right to know how we use public funds. We are a municipal company, i.e. a company that works for the city and its citizens, and we consider transparent management to be the norm. In addition, thanks to transparency, which makes corrupt actions more difficult, we have a strong anti-corruption tool in our hands. Therefore, it was a logical step that we decided to subject the set of our set anti-corruption processes to a control audit, which resulted in obtaining certification according to ISO 37001," emphasizes Matej Šandor, a member of the OICT Board of Directors, who is in charge of managing the company's finance, services and business development department. He adds that OICT will continue the set trend of opening up data to the public and sharing it in order to stay ahead in the transparency process as a municipal company and to be prepared for any increasing public interest in the functioning of public companies or the arrival of new legislation addressing the information obligation.

"OICT's mission is to be the transparent interface between the public and commercial worlds. This entails aspects of business strategy, personnel, technical aspects in terms of standards and best practice in operations, and last but not least financial and legislative aspects," adds Tomas Barczi, Chairman and CEO of the OICT.