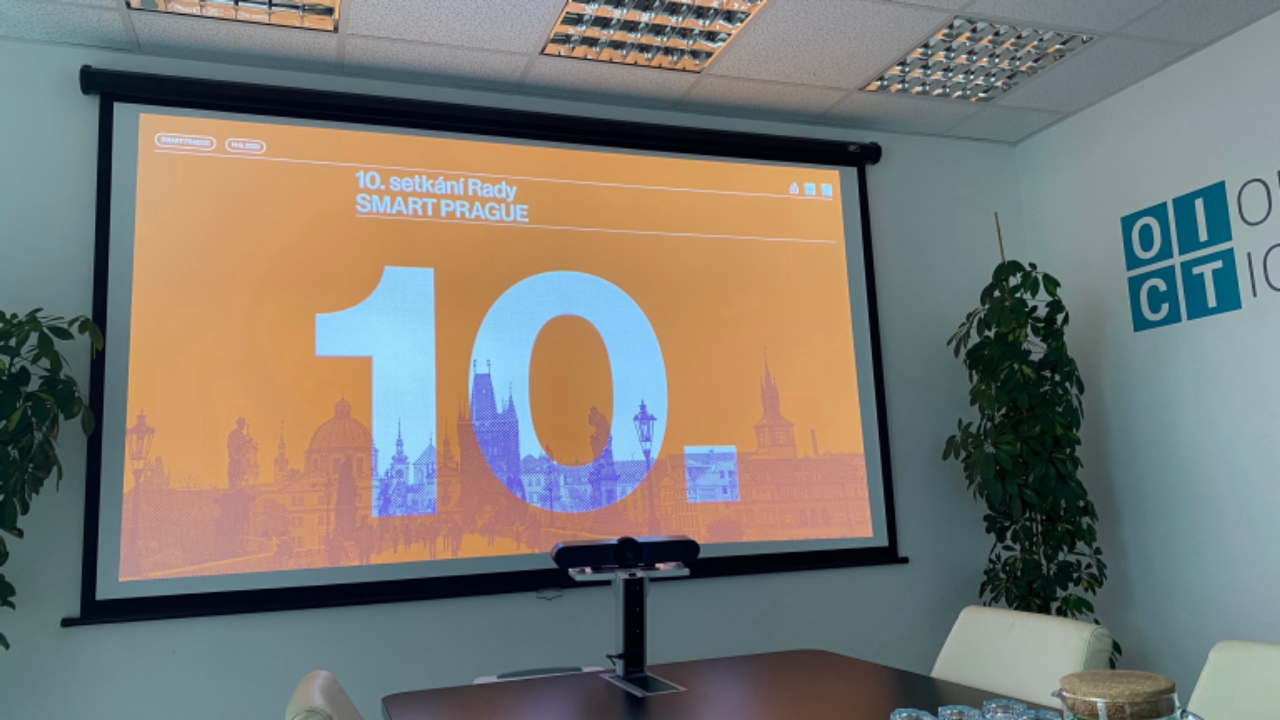 The tenth meeting of the Smart Prague Council took place on Wednesday 14 September 2022. Representatives of ministries, academia and the OICT met to inform each other about the latest developments in the field of Smart Cities and innovation.

The OICT Smart Prague team summarized what is new in the PID Lítačka application since the beginning of the year, how the individual Smart Prague projects have progressed, i.e. which are in the pilot phase and which will be implemented after the approval by the Prague City Council. Prague projects are being prepared, and how the projects are doing in routine operation. It also informed about the launch of the Prague Visitor Pass, the development of the Prague Citizen Portal, this year's NakopniPrahu competition (Prague Innovation Marathon) and the new features of the Mám nápad! (I Have an Idea!) response platform, through which ideas for innovative projects can be submitted for the fifth year. It also presented the annual Smart Prague Index, which has been mapping the 5+1 areas of the Smart Prague Concept until 2030 for five years.

The team of the OICT Golemio data platform presented the extension of the dashboards to other areas, e.g. public procurement of the ICT Operátor, City of Prague subsidies, the impact of weather on the transit of Prague cyclists. Furthermore, it provided data update of the capacity of primary schools and kindergartens to accommodate Ukrainian refugees, including a breakdown into specific city districts, visualization of routes and accessibility of detour routes around the Barrandov Bridge, preparation of the second round of analysis and dashboard of applications for social residence services in Prague in accordance with GDPR rules, and two new categories of full graphs for the Pragozor website, namely Ukraine and Economy. Another achievement of the team is that PID vehicle location data from Golemia is now used by Google and Seznam and other departure boards installed.

The Smart Prague Council also learned that the OICT is heavily involved in innovative international projects such as Horizon or Interreg and the current New European Bauhaus. The benefit of the involvement is that it will foster cooperation both at the international level and at the local level, linking up other entities involved in the projects.