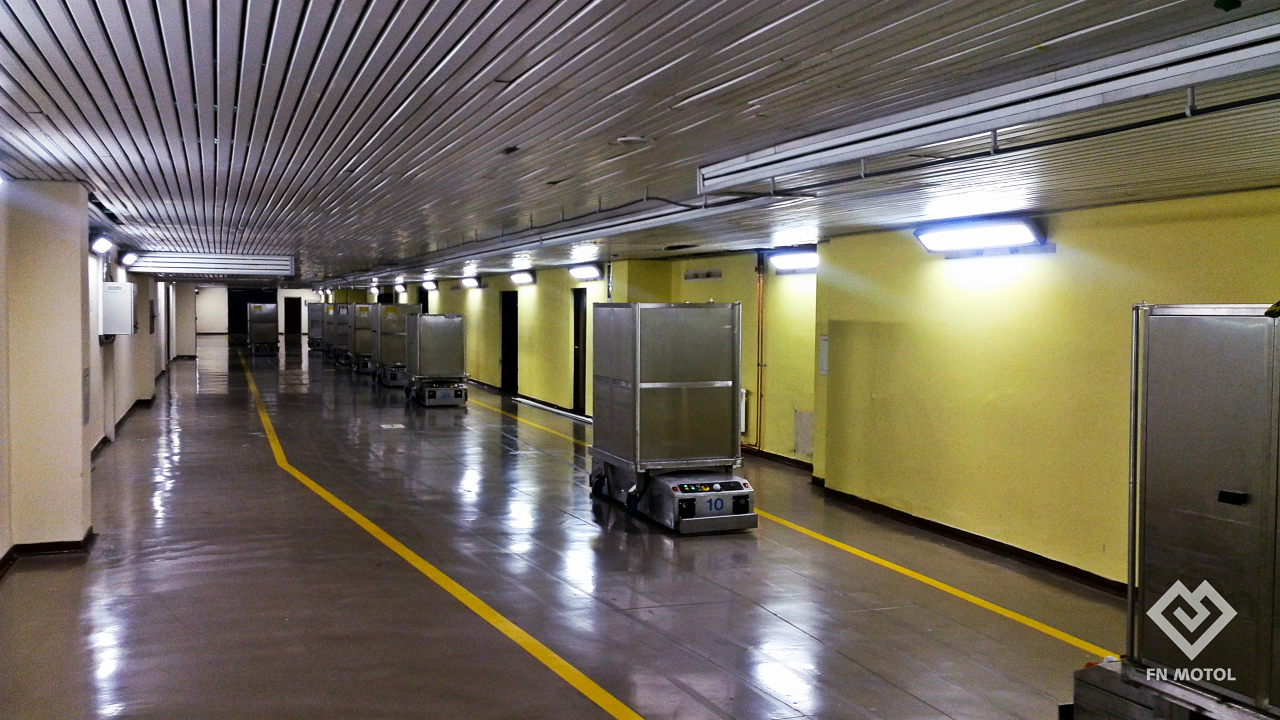 Since 1995 an automatic transport cart system at Motol University Hospital has been operating. The main aim of this system is the distribution of materials from the storage, kitchen and other operations to respective health facilities in the hospital. The main transportation corridor is in the underground technical floor where 37 lifts are at the disposal of tandem vehicles. Those transport materials on particular floors. Carts, in the hospital jargon, called tortoise operate by electric battery actuation. They are controlled by an enclosed Wi-Fi network and move on determined transport lines. The system is based on the principle of operation filling stainless containers with material and selects a code of the destination. The nearest vacant tortoise takes upon the task a goes to pick up a shipment. If in the meantime another tortoise, being even close to the pick-up point, is set empty, it takes upon the task of the prior one. The operating system follows up with the continuously ready state of a tortoise, and so for instance in a case of voltage decrease of the batteries below a set limit, a tortoise will receive a command to move to the nearest charging station. Thus every day this automatic transport system manages exacting manual work of 60 people during the morning shift and 40 people during the evening shift. 38 carts are operating daily clearing through about a thousand of commissions. Every day a single tortoise covers about 15 kilometres and the lorry with cargo can weigh up to 700 kilos. There are 12 hospitals in Europe utilizing a similar system, but the Motol one ranks among four which systems transport cargos into respective floors. It is a unique solution in the Czech Republic thanks to the extent of application and the logistic sophistication of the whole system.